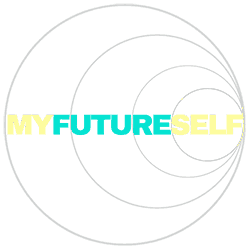 “I never thought I would be such a family-orientated guy.
I did not think that was part of my make-up.
But somebody said that as you get older you
become the person you always should have been,
and I feel that’s happening to me.
I’m rather surprised at who I am,
because I’m actually like my dad.”

If that’s the case, then it’s kind of pointless wishing that they could be less annoying, or that we waste what precious time and energy we have left by getting annoyed at them for being annoying.

An example of this could be our annoying parents (said with love). Our parents are fated to behave a certain way because of their own upbringing. Their parents were probably similarly annoying, so the annoying-baton gets passed from one generation to the next.

Though when it comes to our parents, hopefully we can muster the tolerance, respect, love and compassion to not necessarily understand our parents foibles – that could be an exercise in futility – but simply to accept them as they are…again, our task is not to change others, but to change the view we take on them.

And when you get older and you catch yourself saying the same annoying things your parents said, coming out of your own mouth, you’ll hopefully be in a position to recognise that you were fated to behave this way.
So rather than being horrified at the thought that you’re turning into your Mum or Dad, you can laugh at yourself and accept yourself as you are. Understanding that not only is this fate and that you’re becoming the person you always should of been…but also accepting that your own offspring will probably find you really annoying.

If you really want to escape the things that harass you, what you’re needing is not to be in a different place but to be a different person.

For Bowie Fans: A link to Moonage Daydream. A new David Bowie documentary being released next month
Next: When Dealing With Annoying People Part 5